I’ve been playing a fair bit of Diablo 3 lately, and I am quite enjoying it.  My first character was a Wizard, mainly because I prefer to play magic classes in fantasy games.  I’ve put quite a few hours into the character, reaching level 60 and I’m currently making my way through Inferno difficulty.

With any game, it does have some downsides. If you’re familiar with the game, you’ll no doubt have heard of the constant changed to loot drops, problems connecting etc. About mid last week, I was getting annoyed with constantly dying in Inferno difficulty, and not being able to find, let alone afford any decent gear to help me out on the Auction House.  Plus, with the changes to loot drops, it’s near to impossible to find decent gear unless you are playing on Inferno difficulty (a bit of a catch 22).  So myself and my good friend Björn decided to create some new melee class characters.  I went with the Barbarian, and he went with the Monk.  Playing through the early levels again, discovering the new skills of the different class, and working out how to play the character has made the game fun again.  Particularly because the early game you don’t have to worry too much about your gear.

Something else I am enjoying with the new character is the different dialog in the game.  Yes, the story is the same, and a lot of the dialog you have in the main story is very similar, but the interaction you have with your companions is quite different.  One such interaction made me laugh.  It personified the Barbarian down to a tee.  See the image below to see what I mean. 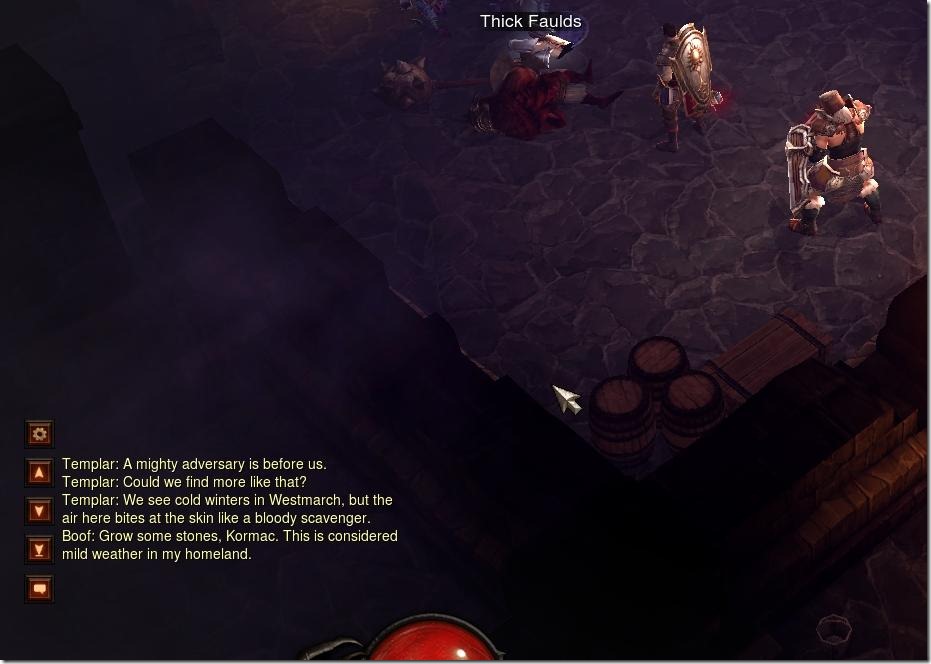